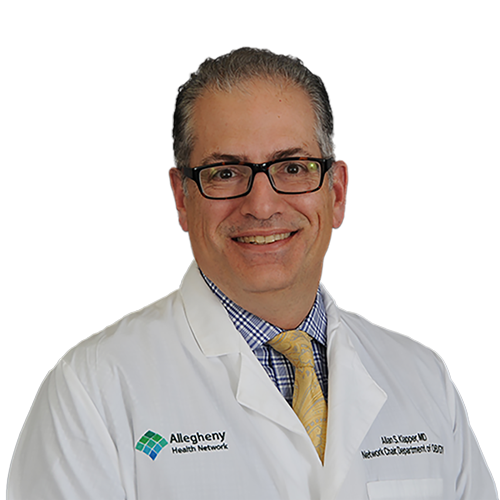 Allan S. Klapper, MD, joined Allegheny Health Network in 2011, after serving as Chairman of Obstetrics and Gynecology at New York Downtown Hospital and is currently the President of the Wexford Hospital and AHN Chair of the Institute for Women and Children. AHN’s Wexford Hospital is currently under construction as a new hospital and new addition to AHN that will help transform the care and culture provided to patients in western PA. AHN’s Women and Infant program has grown continuously under his leadership, with the number of babies born in AHN hospitals passing the 7,000 mark for the first time in 2016. AHN also opened the first new obstetrics unit in 30 years at Jefferson Hospital in Pittsburgh’s South Hills in 2014. Dr. Klapper is a graduate of Union College and Mount Sinai School of Medicine.